About
▾
Programme Projects Partners Supporters Reports
Events
News
Gallery
▾
Photos Videos
Grant Scheme
▾
About Grant Scheme How to Apply Projects Supported
Library
▾
Research Resources
Map Widget
Contacts
Media About Us
Enter the required details. You will get the code for the widget of the events map
which you can put on your website.
Widget Embed Code
About » Projects
The Civilitas Foundation
Armenia | Civilitas Foundation
The Civilitas Foundation through its CivilNet Media platform produces weekly wrap-up videos on political, economic, social and cultural events in Turkey that are directly or indirectly related to Armenia-Turkey relations. In addition to presenting news and events, the program also provides contextual background to the topics.

These wrap-up videos, which are of interest not only to the general public but also to the academic and expert community, are among the most viewed programs on CivilNet.
CivilNet also conducts interviews with Armenian, Turkish and international figures to present a broader context of Armenia-Turkey relations.
The program will also produce three films on Armenian-Turkish relations between 1918-1921.
The first film will be about the 1918 Treaty of Batum, when Turkey first recognized Armenia's independence, and for the first time in history, the borders between the two countries were established.
The second film will be about the December 2, 1920, Treaty of Alexandropol, which ended the Armenian-Turkish war, when Armenians had already entered into relations with the newly founded Kemalist Turkish Republic.
The third film will recount the history of the March 16, 1921, Moscow Treaty between Bolshevik Russia and Kemalist Turkey, as well as the October 13, 1921, Treaty of Kars, both of which established the Armenian-Turkish borders that exist to this day.
The films will incorporate footage shot in Yerevan, Gyumri, Tbilisi, Batumi, Trabzon and Istanbul, as well as archival materials, memoirs of figures of the time, and press materials.
These three films will shed light on Armenian-Turkish relations between 1918-1921, outside the official narratives and ideologies of the two countries, devoid of stereotypes and prejudices, which will enable a better understanding of history and contribute to the perceptions currently being formed. 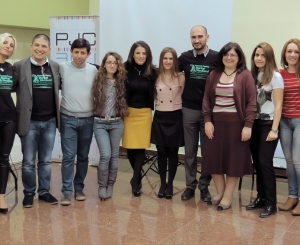 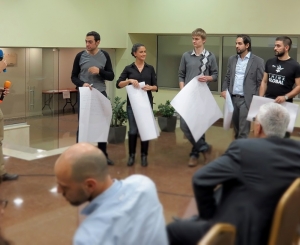