Prominent publishers from Armenia that came to Turkey for the project Armenian Publishers Meet Turkish Publishers, conducted by the Turkish Publishers Association in cooperation with the Antares Publishing Group within the framework of the programme Support to the Armenia-Turkey Normalization Process came together with publishers, copyright agencies, translators and civil society representatives at a meeting held on 22, February, 2017 at Hilton Hotel Bosphorus.

In the first part of the meeting, Metin Celâl, Chairperson of the Turkish Publishers Association, rendered the opening remarks followed by the speech of Özgür Akın, Secretary General of Turkish Publishers Association, relating the current data on the publishing market and best-selling titles in Turkey. Sevan Değirmenciyan, Editor for Armenian Publications at Aras Publishing made a presentation relating the past of publishing in Armenian in Turkey, interest of publishers in the Armenian history and culture as well as the experience of Aras publishing in contemporary publishing in the Armenian language.

Following the presentations, Hripsime Madoyan, Director of Publishing Department at Antares Publishing Group, explained the reason why they were involved in the project saying: “We are two countries that have been neighbours for long years. We have the responsibility to know everything about one another in detail. Literature knows no borders or closed doors. This program will help us to know about and enrich one another better, establish professional relationships and make progress towards the aim of acting jointly.” and she gave information on the 25 years' history of Antares, its publication spectrum and the titles from Turkish literature that they offered to the Armenian readership.

Arkmenik Nikoghosyan, Chairperson of the Book Institute of Armenia, made a speech on the publishing market in Armenia explaining that a market was formed as Armenia gained its independence in 1991 and the number of especially translated words rapidly increased with higher financial support by the state and other institutions, hence a rapid progress made. Armen Martirosyan, CEO of the Antares Publishing Group and founder of the 1st Literary Agency, the first literary agency of Armenia, remarked that they also set up a literature fund to promote publishing and that the state and this fund supported translation of words from Armenian to other languages.

Artur Mesropyan of Zangak Publications also touched upon the reason why the agency was founded and what its activities were. Şavarş Karapetyan of Edit Print Publications and Samvel Gasparyan of Areg Publications shared their opinions about the publications issued by their publishing houses and cooperation with publishers from Turkey.

In the second part of the meeting, discussions were held on the following topics: publishing in the Armenian language in Turkey and the status of language education in Armenian schools, challenges in the formation of translators working between Turkish and Western Armenian and Eastern Armenian and proposed solutions as well as the means to promote publishing trade and cultural relations between the two countries by means of publishing.

Armen Ohanyan, a celebrated writer in Armenia, who also took the floor in this part made an assessment of the industry and developments between the two countries with respect to writers and translators and gave information on the currently ongoing activities. 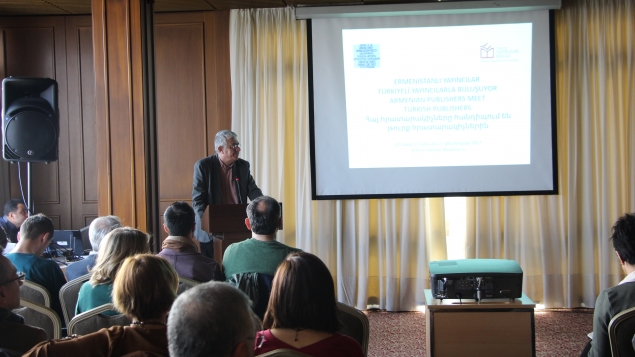 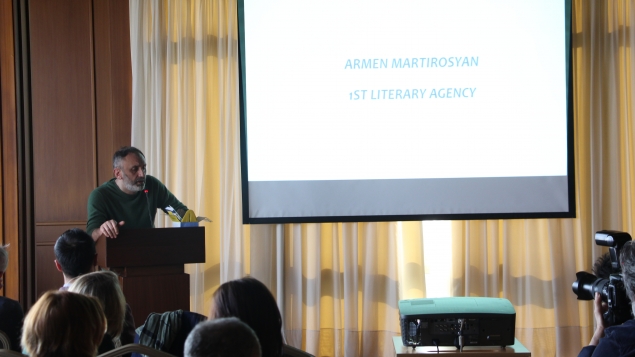 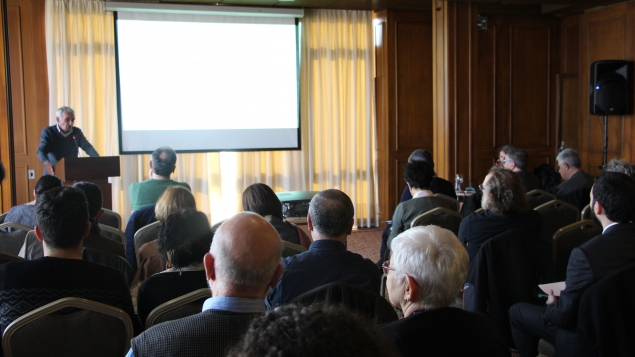