About
▾
Programme Projects Partners Supporters Reports
Events
News
Gallery
▾
Photos Videos
Grant Scheme
▾
About Grant Scheme How to Apply Projects Supported
Library
▾
Research Resources
Map Widget
Contacts
Media About Us
Enter the required details. You will get the code for the widget of the events map
which you can put on your website.
Widget Embed Code
News
‘Glazed Time’ digital book published in Turkish!
Armenia, Turkey |

Nar Photos and Agos photojournalist Berge Arabian from Turkey and 4PLUS Photography Collective from Armenia are collectively looking at what remained of an unspoken thus silenced, unseen thus ignored, and simply glazed time, in the centenary of the Armenian Genocide.

Our Grant Scheme recipient NarPhotos from Turkey and 4PLUS from Armenia present the photographs of their collaboration project 'Glazed Time' in a digital book in Turkish. The digital book will also be published in Armenian, Kurdish and English.

The two documentary photography collectives NarPhotos from Turkey and 4PLUS from Armenia got together in the year of the 100th anniversary of the Armenian Genocide to take a closer look at the remains of a time, starting from 1915, that has been considered voiceless because no one dared to talk about it. Together they examined remnants of an age that has been considered nonexistent because no one dared to acknowledge it, a time which has been covered, which has been virtually glazed over.

The essence of the works aim to present firsthand testimonies by focusing on people’s personal stories. These stories found their places in a series of video and photographic compositions that can be considered as short expeditions into the past by setting the starting point at the present.

Each narrative of the present is showing insights into its protagonist’s daily life and due to the variety of these stories is drawing the picture of a broader collective memory. The Armenian population of Turkey was significantly reduced since the beginning of the last century; they were forcibly detached from their lands and houses; a majority of them were sent to death marches and were faced with genocide. As long as they remain voiceless and do not try to lift up the glaze of that era, they are considered acceptable citizens.

To put it in a folkloric-nostalgic way, Turkey’s Armenians that once used to play an important part in Anatolia’s social spectrum and who are now countable on merely the fingers of one hand, do not cease to constitute considerable pieces of Anatolia’s colourful mosaic.

Those who dare to lift parts of the glaze that has been put upon that age, those who do not stop questioning no matter what kind of consequences they have to face, they won’t ever be moving on freely without having to feel the pressure of a repressive mindset like a stick being banged persistently at their necks.

One of the presented video compositions is based on the story of eighty-five years old Uncle Sarkis in Diyarbakir, who has had lost his wife ‘Bayzar’ last year. Uncle Sarkis, while heating up his oven in a gentle and meditative manner, repeats the following words in Kurdish that each of us will relate to and most of us will agree upon:

Uncle Sarkis‘ grief upon the loss of his wife that results in those words, is certainly adaptable to a nation’s deprivation of its own land, its cultural relicts, its relatives, its lovers, its parents, its sons and daughters: “Zor e… Tenêbûn pir zor e”

On the other hand, as much as this relates to Armenians of Turkey who lost their lives; it also holds true for all the other peoples of Anatolia as long as they fail to question what happened to their neighbours and friends, and sincerely do not wonder about their whereabouts. In this case, the only thing to remind them of is:

It is difficult… Loneliness is very difficult!*

The multimedia project GLAZED TIME has been produced with the assistance of the European Union within the framework of the programme ‘Support to the Armenia-Turkey Normalisation Process’.

This project’s first exhibition in Diyarbakır as well as the digital book have been supported by Heinrich Böll Stiftung Turkey. 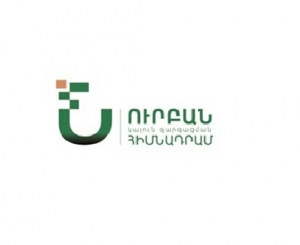