About
▾
Programme Projects Partners Supporters Reports
Events
News
Gallery
▾
Photos Videos
Grant Scheme
▾
About Grant Scheme How to Apply Projects Supported
Library
▾
Research Resources
Map Widget
Contacts
Media About Us
Enter the required details. You will get the code for the widget of the events map
which you can put on your website.
Widget Embed Code
Grant Scheme » Projects Supported
IMC TV: Face to Face
Face to Face aims to contribute to the Armenia-Turkey normalisation process by exploring the attitudes to the tragedy of the Armenian people in early 20th century among different layers of the society in Turkey. The grantee, IMC TV, will engage the views of the Kurdish people in the dialogue on the tragic events of 1915 via conducting interviews with 10 influential opinion leaders from the Kurdish community in Turkey.

The resulting 10 TV program episodes, as well as the 60-miniute aggregate documentary, will then be broadcasted in Turkey on IMC TV channel, and made available on-line via the web-site of the grantee. The grantee will translate the documentary into Armenian, and will broadcast it in Armenia with the help of the partner in Armenia, Yerkir Media TV.

The project will trigger and stimulate memory of the Kurdish people regarding the tragic events of 1915, and will lead to an increased public discussion in Turkey regarding the issue. 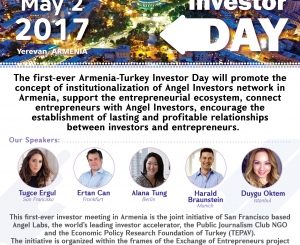