About
▾
Programme Projects Partners Supporters Reports
Events
News
Gallery
▾
Photos Videos
Grant Scheme
▾
About Grant Scheme How to Apply Projects Supported
Library
▾
Research Resources
Map Widget
Contacts
Media About Us
Enter the required details. You will get the code for the widget of the events map
which you can put on your website.
Widget Embed Code
Gallery » Videos
Increasing Understanding of Turkey
Turkey ablaze. The failed coup

On the night of July 15-16 was one of the bloodiest and breakthrough nights of the Republic of Turkey. The country witnessed yet another attempt of military coup, which failed.

Turkish studies expert Hayk Gabrielyan talks to CivilNet about Turkey's foreign policy changes. According to him, Ankara has returned to the concept of Zero problems with neighbors.

Since 2009, Armenia-Turkey Cinema Platform has supported 20 Armenian and Turkish films. This year, 10 projects out of proposed 23 were selected, of which two are given financial support and the opportunity to be filmed. Winners are Arno Khayajanyan's "Welcome to Anatolia" and Inna Sahakyan's "Aurora sunrise" projects.

From Erdogan-Merkel Debate to Armenian Lavash

The dialogue between Moscow and Ankara in the regional context

The Russian and Turkish presidents Vladimir Putin and Recep Tayyip Erdogan may meet earlier than scheduled. After the explosion in Istanbul Airport, a  Military helicopter crashes in Turkey. A museum of the Istanbul-Armenian photographer Ara Guler's photos will open in Istanbul.

Russia- Turkey. Back to pragmatism

Turkish studies expert Levon Hovsepyan in an interview to CivilNet discusses recent developments in the Russian-Turkish and Turkish-Israeli relations. He did not rule out the recurrence of terrorist attacks in Turkey, after the June 28 Istanbul's Ataturk airport attack.

In recent days the developments in Turkey were stormy. An explosion at the airport, normalization of relations with Russia and Israel. Serzh Sargsyan sent a telegram of condolences to Turkish President Recep Tayyip Erdogan.

The powerless resolution of Bundestag

Ethnographer Hranush Kharatyan talks to CivilNet about Turkey's refusal to return the territory of the Catholicosate of Sis, and th Armeniane Genocide recongition resolution of German Bundestag. According to her, the resolution does not state the modern Turkey to be responsible.

From Istanbul to Sis and Mush. weekly wrap-up

The area of Sis Catholicosate will not be returned to Armenians. Unusual events have unfolded around St. Karapet Monastery of Mush. Demonstrations and clashes in Istanbul. Erdogan ridiculed for congratulating Putin.

Do not blacken the name of the people: Estukyan to Ateshian

Agos newspaper's Armenian section editor Pakrat Estukyan told CivilNet that the General Vicar of the Armenian Patriarch of Constantinople, Archbishop Aram Ateshian does not reflect the opinion of the Armenian community in Istanbul. According to him, the Archbishop should adopt a more dignified posture.

After the Bundestag Resolution. The Week in Review

The most discussed topic of recent days in Turkey and Armenia is the adoption of the Resolution on Armenian Genocide by the German Bundestag, on June 2. Armenia greeted the decision, but it met resistance in Turkey. Erdogan threatened to deport Armenians. Still, other opinions were brought up in Turkey, too.

In his letter to the Turkish President Erdogan, General Vicar (Acting Patriarch) of the Armenian Patriarch of Constantinople, Archbishop Aram Ateshian, said that the resolution adopted by the Bundestag has caused a great pain to the Armenian community. The Istanbul-based Agos newspaper, meanwhile, called the letter degrading.

Ambassador of the Federal Republic of Germany to Armenia Matthias Kiesler spoke to CivilNet about Germany’s OSCE chairmanship, which came at a time of escalated tension on the Nagorno Karabakh-Azerbaijan frontline and resumed negotiations. The German Ambassador also discussed last week’s Bundestag vote recognizing the Armenian Genocide.

Germany: from Holocaust to Armenian Genocide

The president of the Union of Armenian academics in Germany- 1860 organization Azat Ordukhanyan talked to CivilNet about the adoption of the Resolution recognizing Armenian Genocide by the German Bundestag, on Jun 2. According to Mr. Ordukhanyan the moment of recognition and condemnation had come, and the adoption of the Resolution can bring a positive charge to the liberal powers of Turkey, speaking up about the Armenian Genocide.

Bundestag’s Resolution is Unique in a Number of Aspects

Osman Kavala, Chairman of the Turkish “Anadolu Kultur” NGO discusses with CivilNet German Bundestag’s Resolution on the Armenian Genocide. He says that the resolution was unique in a number of aspects – there has not been any lobbying by the Armenian community and the Government, and the process was purely German. 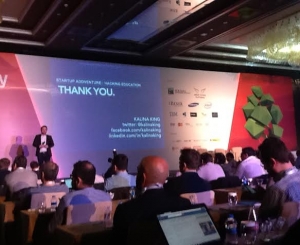 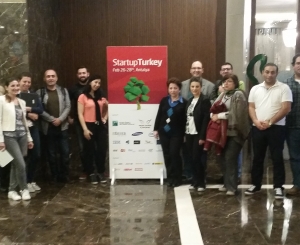