About
▾
Programme Projects Partners Supporters Reports
Events
News
Gallery
▾
Photos Videos
Grant Scheme
▾
About Grant Scheme How to Apply Projects Supported
Library
▾
Research Resources
Map Widget
Contacts
Media About Us
Enter the required details. You will get the code for the widget of the events map
which you can put on your website.
Widget Embed Code
Partners Project
Media Support
Media support seeks to provide objective information of relevant issues in order to raise awareness, improve public education and elevate the developments in Turkey and Armenia.

In order to address the limited and somewhat superficial media coverage on both sides, this media support efforts seeks to provide more objective information and analysis of a wide range of relevant issues in order to raise awareness, improve public education and elevate the discourse of developments in Turkey and Armenia.  This effort builds on our earlier work and leverages the existing relationship and public prominence of the RSC, both institutionally and individually.

More specifically, RSC media support activities include four specific goals: (1) to elevate the level of discourse by providing more serious analytical content, (2) deepen and expand the scale and scope of media coverage, (3) to correct and counter inaccurate or stereotypical media coverage and (4) to facilitate closer cooperation and collaboration between Armenian and Turkish media professionals, with a specific focus on columnists, TV talk show hosts, pundits, “experts,” and other “opinion-makers” and “opinion-shapers” in each country.

In terms of output, the media support effort is driven by two distinct goals.  The first goal is the most obvious, and aims to attain an increase in the number of interviews, published analyses and television media coverage, with an effective mechanism to quantify and measure the outputs.  Second, we seek to forge better collaboration and cooperation between Turkish and Armenian media outlets, aimed at capacity-building based on mutual interest and professional development.  And third, we also seek to better bridge coverage and cooperation between and among national and local media outlets (Turkish and Armenian), domestic and international media outlets, and alternative, on-line electronic media outlets and professional journals and publications.

Taking into account the polarized nature of the Turkish media, we have been careful to balance our activities on two levels: first, by working with print media, television and alternative, electronic news outlets and, second, by cooperating with both pro-government and opposition media.  Further, our planned outcome for media support efforts include a demonstrable and measurable degree of deeper analytical content on a wider range of issues beyond the limited scope of only Armenia-related issues.

This activity took place within the framework of the Sub-grants Scheme implemented by Eurasia Partnership Foundation as part of the “Support to the Armenia-Turkey Normalization Process” programme, funded by the European Union and the Swedish Ministry for Foreign Affairs. 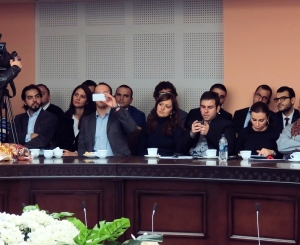 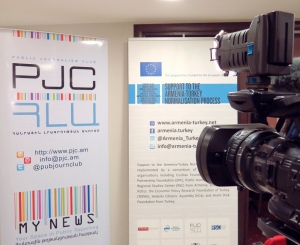 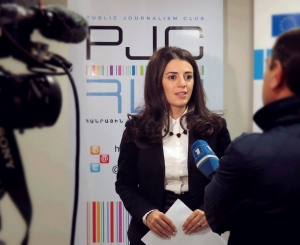