About
▾
Programme Projects Partners Supporters Reports
Events
News
Gallery
▾
Photos Videos
Grant Scheme
▾
About Grant Scheme How to Apply Projects Supported
Library
▾
Research Resources
Map Widget
Contacts
Media About Us
Enter the required details. You will get the code for the widget of the events map
which you can put on your website.
Widget Embed Code
News
The Final Acceleration Course Phase of Yerevan-Ankara Project is Over
Armenia | Public Journalism Club, The Economic Policy Research Foundation of Turkey

20 students from the ICT sector and young entrepreneurs from Armenia and Turkey participated in the four-day long intensive acceleration course in Ankara as part of the “Yerevan-Ankara” acceleration project.

The four-month-long “Technology Goes Beyond Borders: Yerevan-Ankara” acceleration project was launched in October 2015 and was carried out in three main stages: selection of participants, one-month online mentorship sessions, four-day long intensive acceleration course in Ankara and a pitching session in Yerevan.

During the first phase of the project (October-November 2015) 12 young entrepreneurs from Armenia and 8 from Turkey were selected through an open competition for participation in the project.

In the preparatory stage a pre-departure orientation session was held for the Armenian participants at which Lusine Kharatyan and Artak Ayunts, recognized experts on Armenian-Turkish relations talked to them about developments in modern Turkey and Armenia-Turkey reconciliation efforts.

Then, from December 7 to January 22, the participants from Armenia had the opportunity  of online mentoring with Ankara based Viveka trainer Emin Okutan. The aim of the online mentorship session was to to identify and address their need and adapt the accleleration course accordingly.

“The online session with Emin Okutan was very useful. We discussed the app I am working on and he promised to take me to a company that has developed an identical application in Ankara,” said Harutyun Harutyunyan, participant of Technology Goes Beyond Borders. Yerevan-Ankara Project.

“The session helped us understand that we are not fully on the right track and need to reconsider our product“, added Shushan Aspaturyan.

On January 31 –February 4 a group of 12 graduate students, young graduates of Universities and entrepreneurs from Armenia traveled to Ankara for a four day long intensive acceleration project.  In Ankara they were joined by 8 young representative of the ICT sector in Turkey.

Each day of the acceleration course  was dedicated to a single concept, including: Idea Generation, Business Model Development, Investor Pitching, Building a Proof of Concept, Duct Tape Marketing and others. Introduction to these concepts gave the participants opportunities to deepen their knowledge of and hands on expertise on the essential stages of generating and implementing innovative ideas with use of technologies.

The acceleration course was led by Emin Okutan alongside with Narine Kotikyan from Armenia. The training was facilitated by Umudcan Duman from Evreka (Turkey), a participant of the first stage of Technology Goes Beyond Borders Project.

“The sessions were very useful since they were based on personal experiences of several startups“, emphasized Karlen Manaseryan.

The program also included study visits to ICT Centers of Excellence and Companies including ODTÜ Teknopark, Bilkent Cyberpark, Game Incubator ATOM and others.

Narine Hovhannisyan noted at the end of the project: “I find it especially useful that we had a chance to get involved in the workshops by emerging startups and successful entrepreneurs. For example, Emre Fadıllıoğlu from Growth Tower or Umutcan Duman from Evreka have gone through days of success and failure. You listen to them and understand that ups and downs are natural. You should know how not to give up and learn from your mistakes.”

It is noteworthy that in addition to acquiring new knowledge and skills, participants had the opportunity to meet and establish contacts with the Turkish partners representing their sector. Like at ATOM (Animasyon Teknolojileri ve Oyun Geliştirme Merkezi), Arthur Karoyan from the Armenian delegation had a meeting with Burkey Ozdemir from MildMania to discuss their further cooperation and development of Let’s Twist game, related issues and prospects, Harutyun Harutyunyan from the Armenian delegation visited ISSD (Integrated Systems & Systems Design) that develops solutions for traffic management. Harutyun discussed his startup idea with the company representatives and possible ways of implementing his project in Armenia.

The project completed at a pitching event held on March 25 in Yerevan, during which the Armenian participants were given an opportunity to present their ideas to a reputable jury panel by using their new skills. Jury members Marina Mkhitaryan, Head of the Kolba Innovative Lab, UNDP  Armenia, Narine Kotikyan, Marketing Manager, Monitis Inc., Jemma Israyelyan, Director, CEED Armenia, Samvel Martirosyan, Expert on Information Security and Pavel Snkhchyan, Vice President, Sourcio IT Consulting Company provided feedback on each presentation helping participants to improve both their startup ideas and the pitch itself.

The project was co-implemented by the Public Journalism Club (PJC) and the Economic Policy Research Foundation of Turkey (TEPAV) with financial support from the U.S.Embassy in Armenia. Enterprise Incubator Foundation, Union of  IT Enterprises and Bet Construct will also support project activities in Armenia.

“Technology Goes Beyond Borders: Yerevan-Ankara”  project builds on the success of the first “Technology Goes Beyond Borders” project (February-May 2015), in framework of which 6 startup teams from Armenia and Turkey were engaged in an acceleration program at Microsoft Innovation Center (Armenia). This project was cofounded by The US Embassy in Armenia and the European Union.

The organization's mission is to promote freedom of expression, diversity and pluralism in Armenia developing participatory and public journalism by bridging public reporters and professional journalists, mass media and social media, IT and social sector specialists. During the last 3 years PJC has succeeded to establish a positive reputation in the field by effectively implementing a few targeted innovative, trailblazing projects collectively reflected at mynews.am public reporting platform and Hackathon{YAN} contest of innovative ideas.

The Economic Policy Research Foundation of Turkey is a non-partisan, non-profit think tank based in Ankara, Turkey. TEPAV was established in 2004 as an independent research institute and is Turkey’s largest economic policy think-tank employing highly talented researchers and experts.

TEPAV’s mission is to develop innovative policy strategies for public and private sector development within Turkey and the surrounding region. Our interdisciplinary approach focuses on fostering competitive business environment, improving regional development within Turkey and supporting international economic integration. TEPAV’s approach is to accomplish our mission through project based innovations by bringing together different players and experts for a common goal. 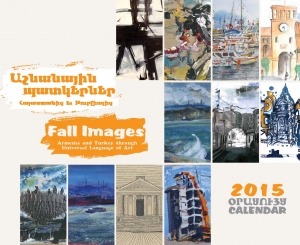 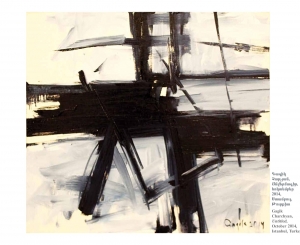 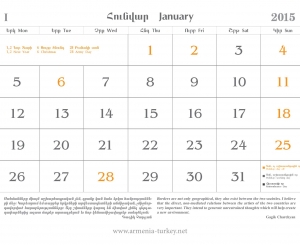 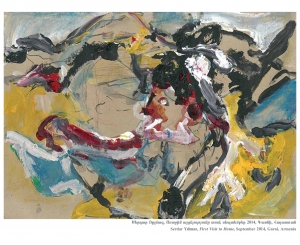 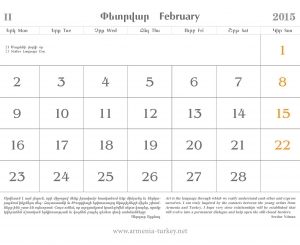 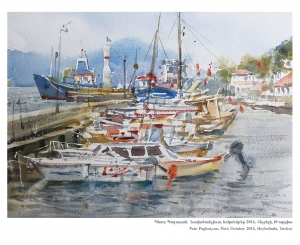 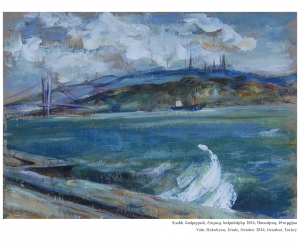 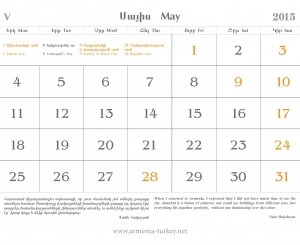 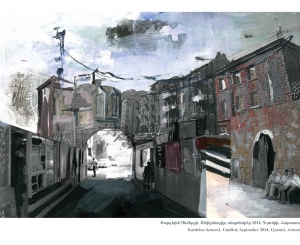 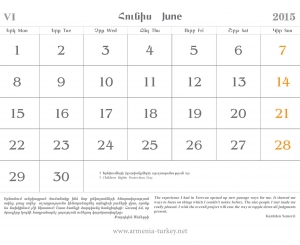 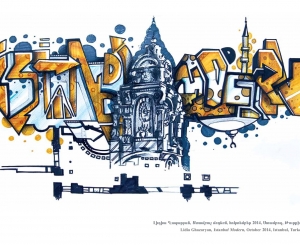